With all of my contact with, The Solar Store, I have to say I am very pleased with your customer service. Especially that Michael guy. 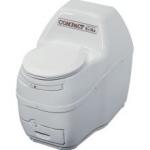 Energy efficent appliances are essential to living "off grid" or just reducing your total energy usage. In particular refrigerators and freezers can account for almost 15% of your electrical usage!

Efficiency and Energy Conservation in Appliances

Each burner on an electric range uses about 1,500 W, which is why bottled propane or natural gas is a

popular alternative for cooking in an off grid home. A microwave oven has about the same power draw, but since food cooks

passive solar design and proper insulation can reduce the need for winter heating. Evaporative cooling is

a more reasonable load than air conditioning and in locations with low humidity, it's a great alternative.

Lighting requires careful study since type, size, voltage and placement can all significantly impact the

power required. In a small home, RV, or boat, low voltage DC lighting with LEDs is often the best choice.

DC wiring runs can be kept short, allowing the use of fairly small gauge wire. Since an inverter is not

required, the system cost is lower. In a large installation with many lights, using an inverter to supply

common and efficient, but it is a good idea to have a DC-powered light in the same room as the inverter

and batteries in case of an inverter fault. Finally, AC light dimmers will only function properly on AC

power from inverters that have sine wave output.

refrigerator will be used in a standalone system, it should be a high-efficiency type such as the Sunstar or Sunfrost units for

upright units or a Steca or Sundanzer chest style units. The chest style generally have better energy efficiency since the

cold air is less likely to escape when the door is opened however they are not always practical to have in kitchen area.

large inverter. Often, a 2,000 watt or larger inverter will be required. These electric motors can also be

hard to start on inverter power, due to large surge loads. They are also very wasteful when compared

to high-efficiency motors, which use 50% to 75% less electricity. A standard washing machine uses

between 300 and 500 watt-hours per load, but new front-loading models use less than half the power.

If the appliance is used more than a few hours per week, it is often more economical to pay more for a

high-efficiency appliance rather than make the electrical system larger to support a low efficiency load.

Vacuum cleaners usually consume 600 to 1,000 watts, depending on how powerful they are, but most

will operate on inverters as small as 1,000 watts since they have low-surge motors.

Many small appliances with heating elements such as irons, toasters and hair dryers consume a very large

amount of power when they are used but, by their nature, require only short or infrequent use. With a

sufficiently large system inverter and batteries, they will operate, but the user may need to schedule those

activities with respect to the battery charging cycle. For example, by ironing in the morning the PV system

can then recharge the battery bank during the day. Electronic equipment, such as stereos, televisions,

VCRs and computers, draw less power than appliances with heating elements, but these loads can add up,

so opt for more efficient models when possible, such as an LCD TV instead of a plasma or CRT design.